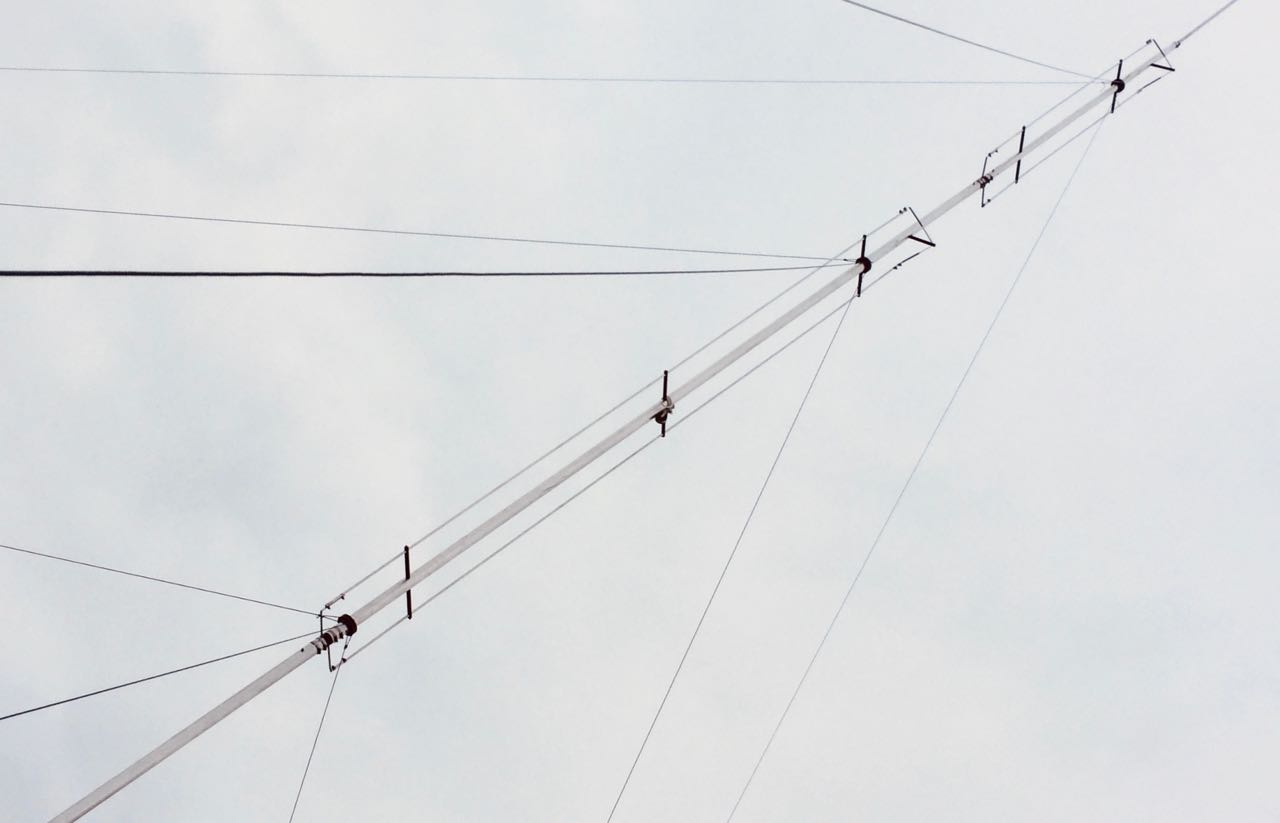 After years of using home-brew verticals for Topband it was time for change. In preparation for the contest season 2018-2019 I installed a new vertical for 80 and 160 meter, the commercially produced “Axtorp”. This is a linear loaded vertical from Lannabo Radio, the HF antenna specialist on the Swedish west coast. It stretches 18 meter in physical height, but linear loading makes it electrically longer, almost a 1/2 wave on 80 meter. Having very limited space for radials on ground, I decided to use the Baltic Sea water as ground. Did it work? Keep reading to find out.

The Lannabo Axtorp is an 18 meter vertical that is linear loaded to make it appear even longer electrically. I wanted to try this approach as an alternative to top loading. In my limited space top hat vires aren’t optimal because of a too steep sloping angle.

Radials is another challenge. When I first started on Topband from this QTH I used two raised radials in a gull wing configuration. Because of my physical limits the two radials was straight for about 10 meter in each direction, then both radials where bent south. Despite this they worked quite well, but it also put a resonant part of the antenna 30 meter closer to my RX antennas and very close to the shack.

A few years ago I replaced the raised radials with a Folded Counter Poise, FCP developed by K2AV and W0UCE. This was an improvement both physically but I also increased the signal to noise ratio substantially at my off-site skimmer located about 10 km away. In addition to improve TX it also improved RX thanks to the increased the distance between the RX loops and resonant antenna parts. The FCP served me well for two seasons. Despite all the controversy around this compromise, I was pleasantly surprised by its performance.

When installing the new Axtorp vertical I decided it was time to connect the radial system directly to ground. After reading N6LF article “Thoughts on ground systems over salt water” I got encouraged to try this myself (biggest mystery is why I didn’t do this long ago, but I guess I was happy with the performance). Rudy suggests creating a 30-60 cm wide loop of thin sheet metal about 30 cm deep to provide a low resistance ground.

Encouraged by the article I took what I had at hand and created “floating ground rods” out of a copper pipe and two fishing net buoys. This arrangement will ensure the copper rod floats close to the surface and for practical purposes the bridge is still usable as I let the rods float under it.

I started with one rod in the water plus 6 radials on ground. I tuned the antenna for resonance on 1.850 MHz, the measurement in the left photo below. Then I removed the ground rod from the water, the second photo shows the difference with everything else untouched. In addition to this, the resonant frequency was lifted by 92 kHz. So one rod makes a big difference. 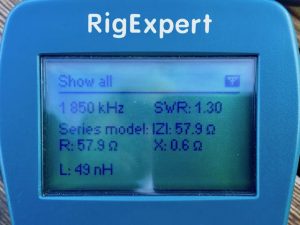 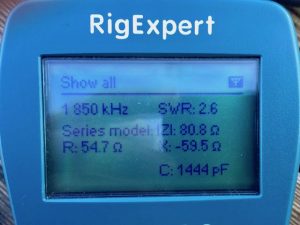 But there was also a difference noticed on my off-site skimmer. With one rod in the water the off site skimmer measured a SNR of 55-56 dB. This is similar to the top loaded vertical with two elevated and bent radials. With the second rod added in the water SNR increased to 63-65 dB. These numbers are fairly constant and seem not to be affected by skywave or any other propagation phenomenon. A third rod was added and while there was still a difference, but it was much smaller.

The antenna worked well, and while it is a perceptual evaluation and not a measured A/B test, my estimate is that the antenna works as well or better than the previous arrangement with the top loaded vertical and the FCP. Another improvement is of course on the 80 meter band, but its not even fair to compare against the old 10 meter high T with a few buried radials.

The Axtorp with floating radials performed well in the contest seasons of 2018-2019 and 2019-2020. Below are a few of the records broken with the Axtorp antenna.