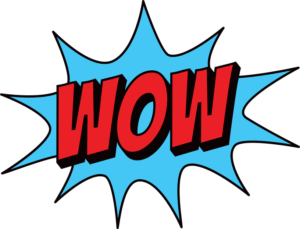 Wow! This is something completely new in contesting! I see a lot of potential for the World Wide Digi DX Contest to lead development of the future of contesting. With the fast pace of development in digital modes and the rise of live scoring, radiosport has the potential to be attractive as an e-sport to young hams. This can certainly help revitalise ham radio!

This was meant to be a contest effort update, so let’s dive in;

I could only be on sporadically this weekend due to social events. During setup before the contest I had challenges with WSJT-X controlling the rig through N1MM+. Lack of time forced me to do a quick and dirty fix, ie. control CAT from WSJT-X instead. I also had some issues with call checking in N1MM making all calls appear as not worked. With the little operating time I had planned I didn’t bother, I wasn’t aiming to score big anyway.
85 contacts where logged at a slow rate, it was hard to get real runs going so I worked a combination of Run and S&P. My focus was on FT4 and even at high power it was a struggle to complete contacts with the lousy propagation. Quite a few responded to my CQ calls, but after given the exchange they disappeared. Maybe the QRM levels and propagation didn’t provide the signal path needed for completing the contacts. The final score was microscopic; 2120 points.
I used this opportunity to make a few notes in preparation for future FT4/8 contesting. I am sure development of loggers and FT8 capable software will make most of my notes obsolete a year from now, but its always nice to look back at learnings from previous efforts. Here are a few selected notes;
So what could be the future for digital contesting? 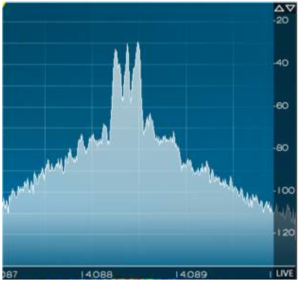 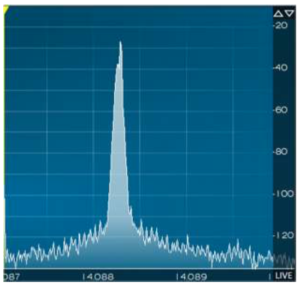 An obvious answer to improve rates is the ability to use Fox mode, but the IMD problem with the high passband noise level generated needs to be solved. When the IMD-problem has been solved, rates can potentially go through the roof and the limitation would be the operator’s capacity to multi-task.
Mandatory live scoring is another possible feature of the future. With todays connectivity it shouldn’t be a problem at all. Live scoring will create a more engaging and competitive environment. There could possibly be an exception in the rule for “off the grid stations” like DXpeditions, but the general participant should be required to reports scores in near realtime to qualify.
Dynamic Categories might be another consideration when looking ahead. Not exclusively linked to digital modes, but certainly benefits from live scoring. Why only compete in the predefined categories decided by the contest sponsor? What if you could create any category imaginable. It could be as simple as a competition between the local hams in you city, or a shoot-out between low power stations using wire antennas on 60 degrees. Or just a challenge between two tight competitors.
Thanks for the bandwidth! Have feedback or comments, hit me using the comment form below.
73 de SM0MDG
Tweet