A new temporary skimmer antenna has been installed at the SE0X skimmer site. I didn’t expect much from the  small and simple PA0RDT active mini-whip antenna, but its good performance, especially on 160 meter, surprised me in the ARRL DX contest. 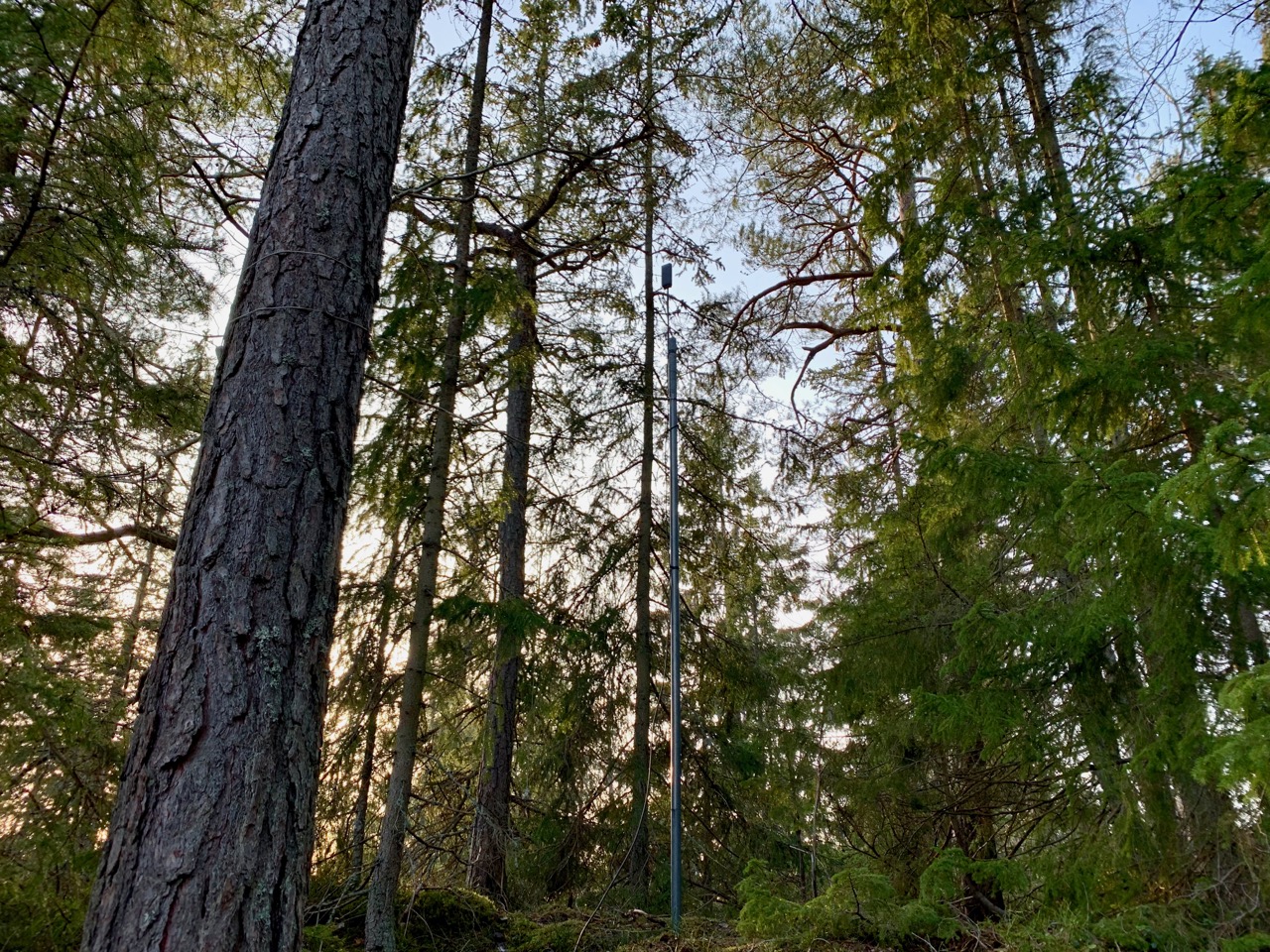 The old trusty Clifton active antenna broke down recently and I had to find a replacement in time for the ARRL DX contest as I planned to enter the unlimited category.

Quite some time ago I bough the PA0RDT mini whip antenna kit from OK2ZI on Ebay. Then my plan was to have it as a small and handy antenna to test SDR receivers on the bench, but now it became my back-up solution to get the SE0X skimmer back on air in time for the contest.

The mini-whip circuit board was placed in a plastic enclosure and was installed the weekend before the contest at the SE0X off site skimmer location. At the time I though the Clifton 11 dB preamp would be enough, but listening to the RX over the week I decided it needed more gain. Unfortunately work got in the way of replacing the preamp, so it had to be done in the middle of the contest weekend.

On Saturday February 16 around 14:00 UTC the preamp was replaced with a W7IUV type preamp and a LBS common mode choke was added on the incoming coax. This turned out to make a big difference, especially on 160 meter!

The upper table below compare the number of spots by several different SM skimmers on the 160 meter band during Saturday from midnight to 14:00 UTC. The lower table show the the same time period on Sunday.

It’s true that propagation on 160 meter was better on Sunday morning which is demonstrated by the fact that all skimmers are showing a substantially higher amount of NA spots on Sunday compared to Saturday. The average increase of the other skimmers (not including SE0X Skimmer) where 84% which is a lot. But the increase of spots at SE0X was enormous compared to the anyone of the other skimmers. 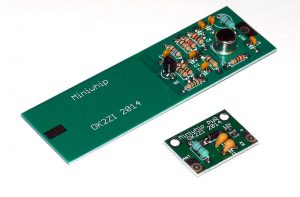 It is worth mentioning that the antenna needs to be placed away from the electrical fields in building, power lines etc. The SE0X skimmer is place 75 meters away from the closest building to ensure a quiet surrounding. The PA0RDT mini-whip will not work in or too close to buildings.

Calling the antenna “mini-whip” is a little misleading, the whip is a pice of copper on the printed circuit board creating the required capacitance.

The conclusion is that with the PA0RDT mini-whip antenna is a low cost alternative to more expensive active antennas for a skimmer receiver or for receiving weaker signals on lower bands. It does benefit from a common mode choke and around 20 dB gain from a preamp.